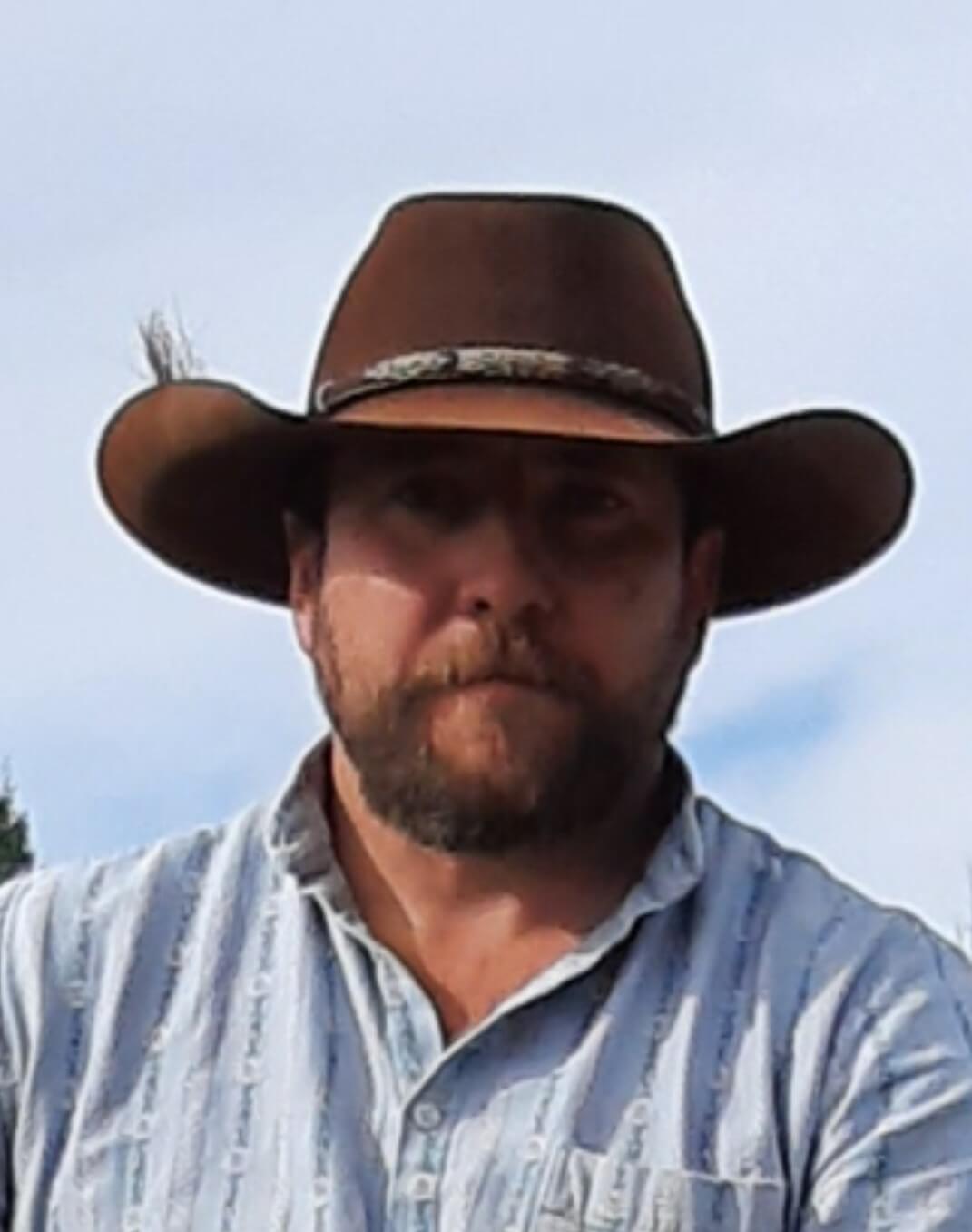 Scott was born on a mixed cow calf/ grain operation in south east Saskatchewan near the town of Glenavon. Due to the recession in the early 80’s, his folks, having just started out on their own they were overtaken by interest payments and sold the farm when he was 5. They moved around with his fathers’ work while he grew up always living in small farm towns across Alberta and Saskatchewan. He left home for the oilfield after high school and landed in Fort St. John, B.C. in Nov.,2001. Scott’s work ethic was noticed and he snowballed through a variety of oilfield jobs and wound up landing a job as a gas plant operator just before his 21st birthday. In total he spent 14years in Fort St. John. There he fell in love with hunting the backcountry of the Northern Rockies. This led him to horses and guiding and eventually to leaving the oilfield behind all together.

Scott enjoyed working with farmers and ranchers immensely. So, he set out to learn some new skills such as horse training, farrier work, roping, fencing, grass management and such. This was an exciting time and took him all over North America. From training horses in Arizona to working on a ranch in Utah to learning how to be a farrier on soft footed horses in costal Washington, guiding sheep hunts in the NWT and Northern BC, then winding up back in Alberta riding on a community pasture. Always trying to improve his horse skills he met his wife in Kamloops BC while taking a month-long colt starting course which she had flown over from Switzerland to attend as well. They now have 2 beautiful and cheeky little girls who love animals and will be starting school soon.

In 2017 Scott was working on the Tomahawk Cattle Ranch and was invited to attend the Soil Health and Grazing Conference with them. This was a very impactful moment for him listening to Gabe Brown, Ray Archuleta, and many others passionate about soil health and resilient farms. It set him on a path learning and self educating. Scott says he is nowhere near an expert on soil health principles or farming but his passion to learn is still growing stronger the more he digs into it. This new opportunity with West-Central is a very exciting step forward for him and his family.