Sainfoin (Onobryschis spp.) is an introduced, ancient, perennial forage legume that has been grown in Europe and Asia for centuries. Traditionally known as “healthy hay”, this cool-season legume can be used as hay, silaged, or grazed in pastures-alone or in a grass-legume mix.

The main interest in sainfoin has been its qualities in resisting bloat. Condensed tannins in the plant bind to protein in feed, allowing it to be digested as a bypass protein, avoiding the problem of large amounts of protein being quickly digested in the rumen--the leading cause of bloat. Studies show that 20-30% sainfoin in an alfalfa pasture can, in certain cases, eliminate the risk of bloat.

Older Sainfoin cultivars, although easy to establish and seed, do not tolerate frequent cutting or grazing, and lack competitive ability to grow with other forages, and therefore cannot be used with alfalfa for reducing pasture bloat.

Sainfoin has previously only been grown for research in Alberta’s brown soil zones. With increasing interest in growing Sainfoin in the west-central region of the province, research to determine suitability in the gray wooded soil zone was needed. Beyond determining the suitability of this crop for this region, varieties were tested for yield and winter survivability from 2013 until 2016 to assess and compare the new and old sainfoin varieties.

For this trial four varieties were grown with Nova ("the older variety") being used as the check. Three experimental sainfoin lines were developed by Dr. Surya Acharya and are designated LRC05-3900, LRC05-3901, and LRC05-3902.

Plots were seeded to a prepared seedbed on June 11, 2013 using a small plot Fabro disc seeder in five rows at 22.5cm spacing (10.5m by 1.14m plot area), with a seeding rate of 15 lbs./ac of sainfoin and 6 lbs./ac of alfalfa. All seed was inoculated. A glyphosate treatment was administered prior to seeding and Gladiator was applied four weeks following seeding. In 2013, hand weeding was performed twice, along with one gentle mowing, and twice in each of the consecutive years. Samples were taken when sainfoin reached 40-50% bloom and alfalfa reached 20-30% bloom to determine percent composition of both components immediately prior to each cut. Biomass was calculated and quality samples were sent to Agriculture and Agri-Food Canada (Lethbridge) for wet chemistry analysis.

There were four treatments used during the trial:

*All the sainfoin varieties were seeded along with AC Grazeland alfalfa.

Good stand establishment was achieved in all treatments. There was heavy weed pressure in 2014 and grasshoppers due to the dry season in 2015. In years 2015 and 2016 only one cut was obtained due to low moisture.

One of the new sainfoin varieties LRC05-3902, now registered as AC Mountainview, showed a consistent increase in the plant population and yielded the highest overall. Therefore, the establishment of AC Mountainview sainfoin in an alfalfa mixture is recommended to prevent bloat.

*Note: this was a demonstration trial only, so results should be used with caution.

To view the full report please download the PDF below 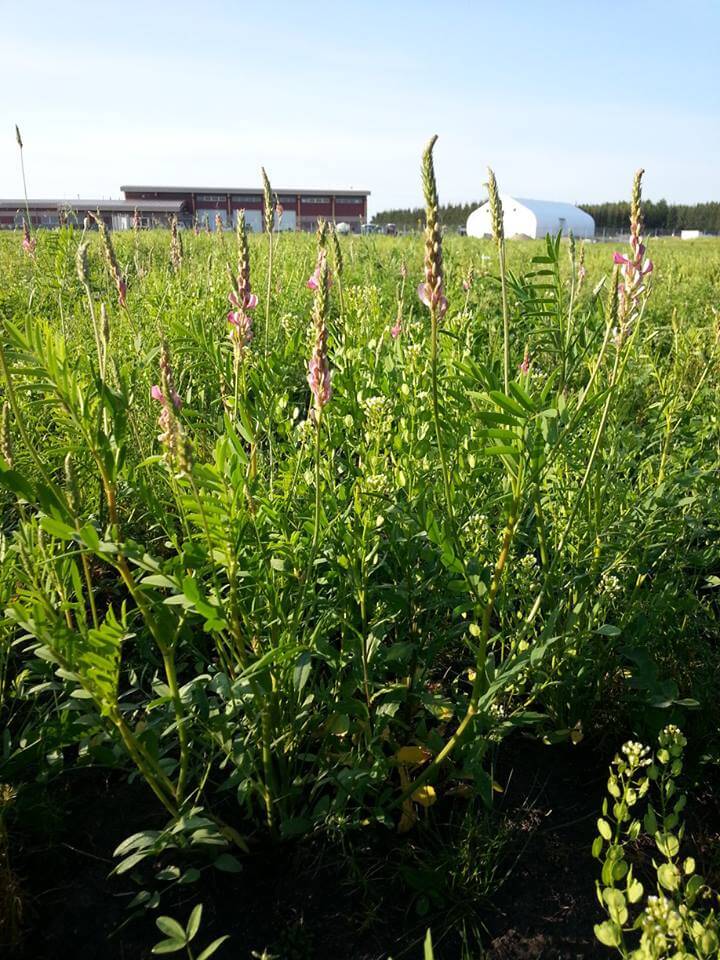 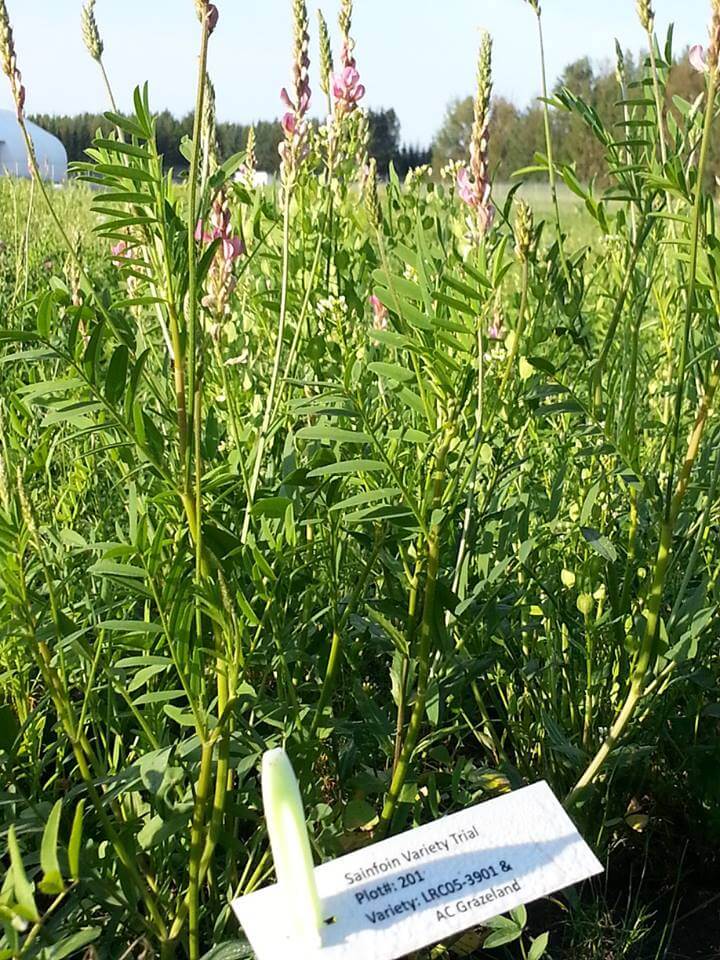 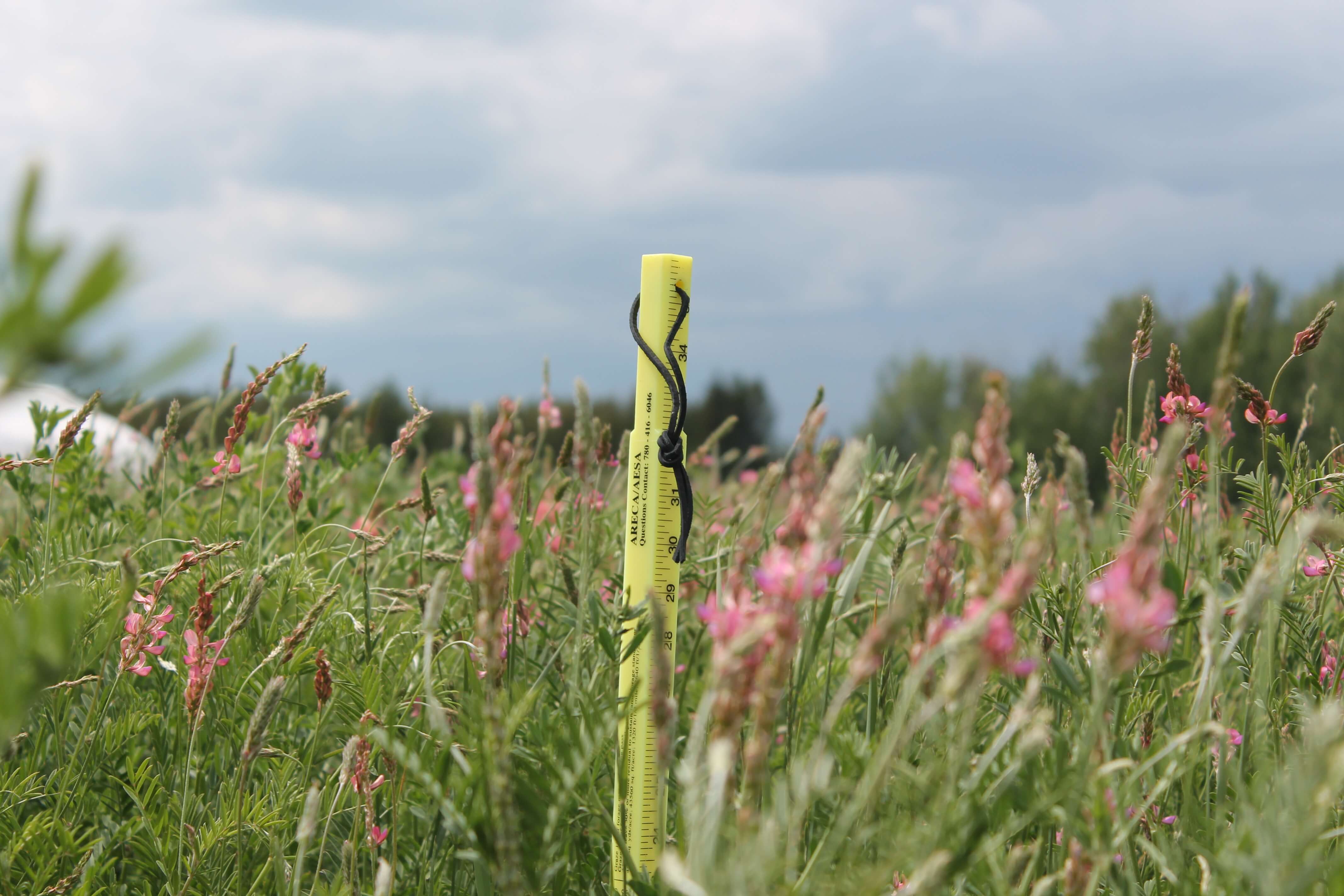 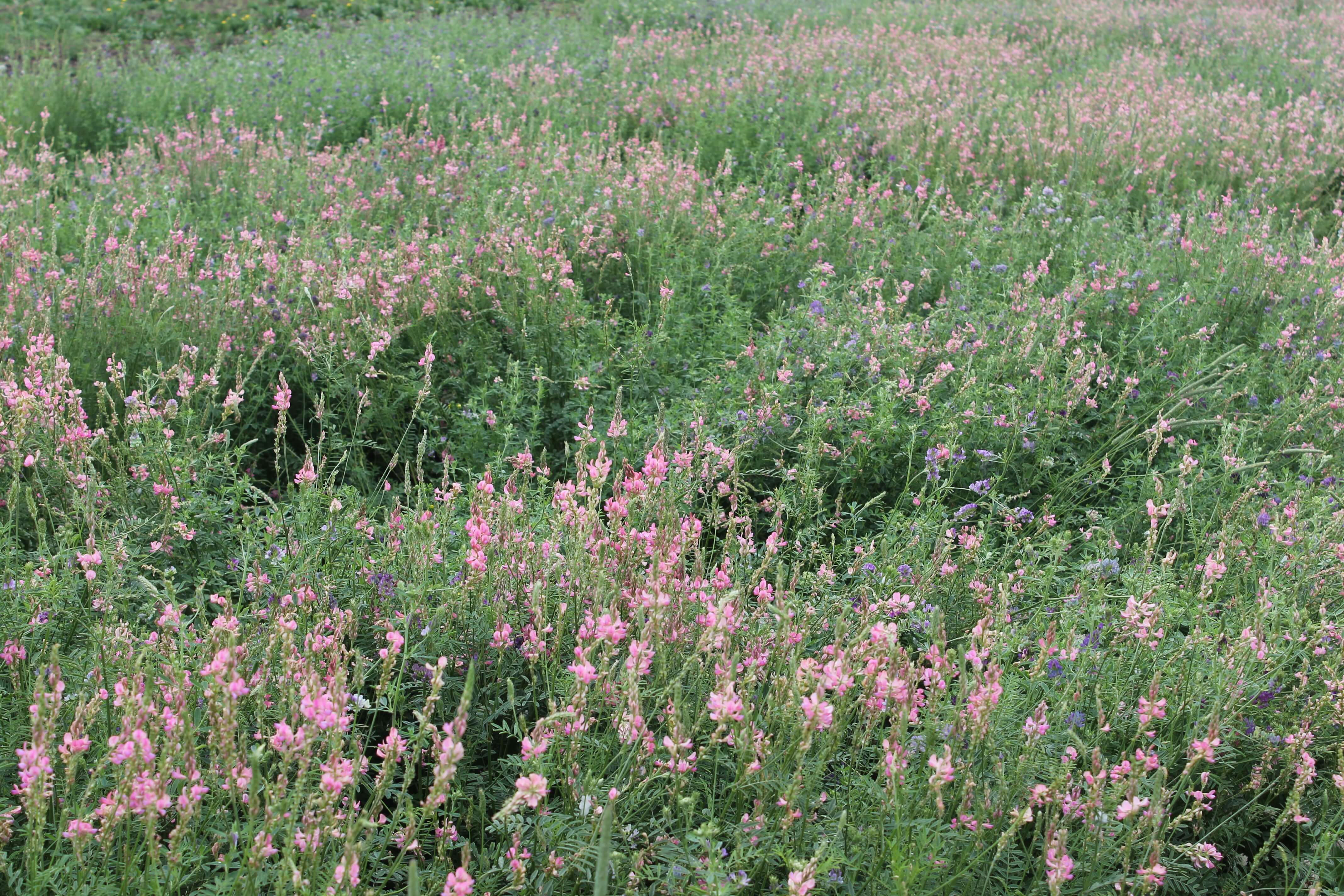 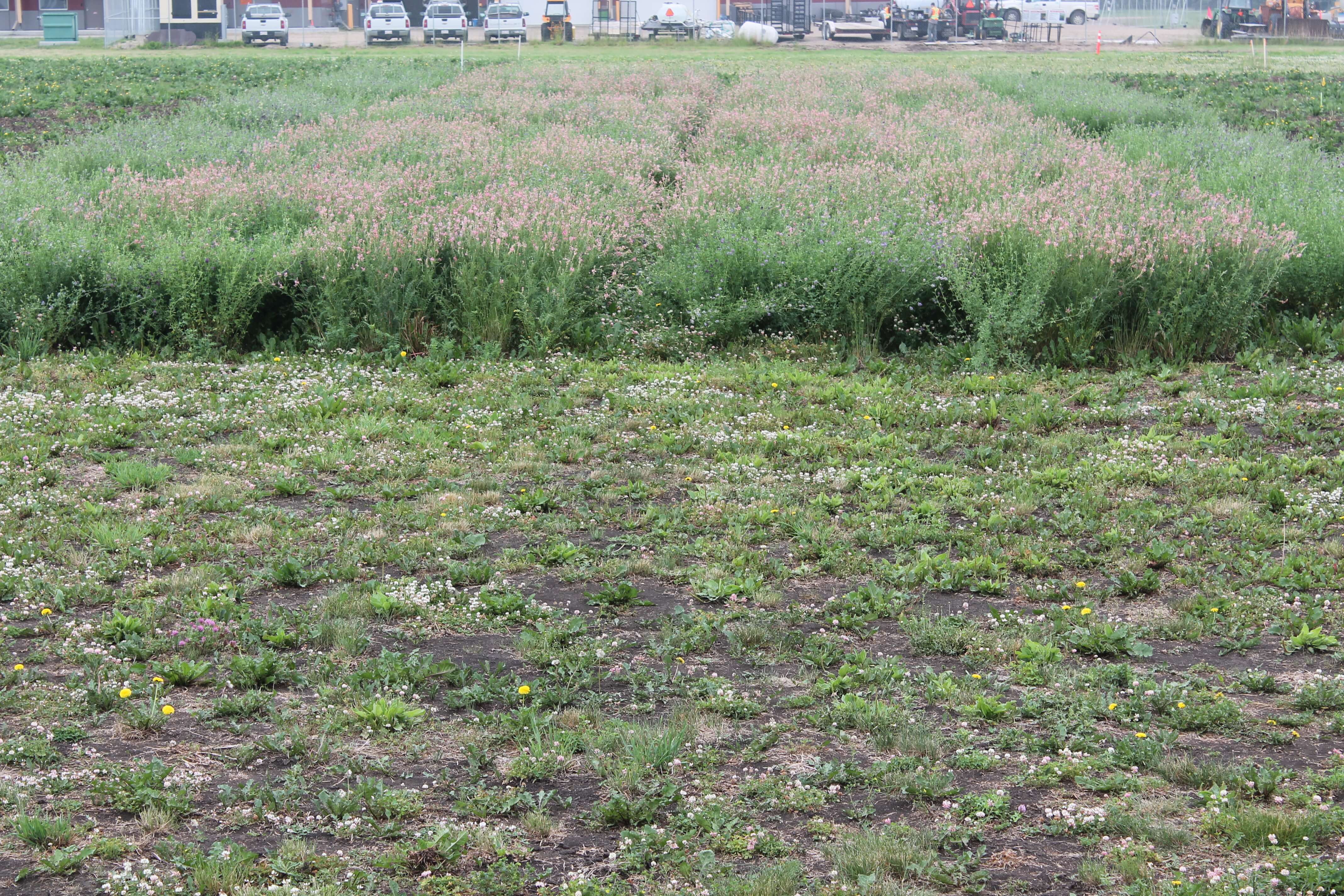 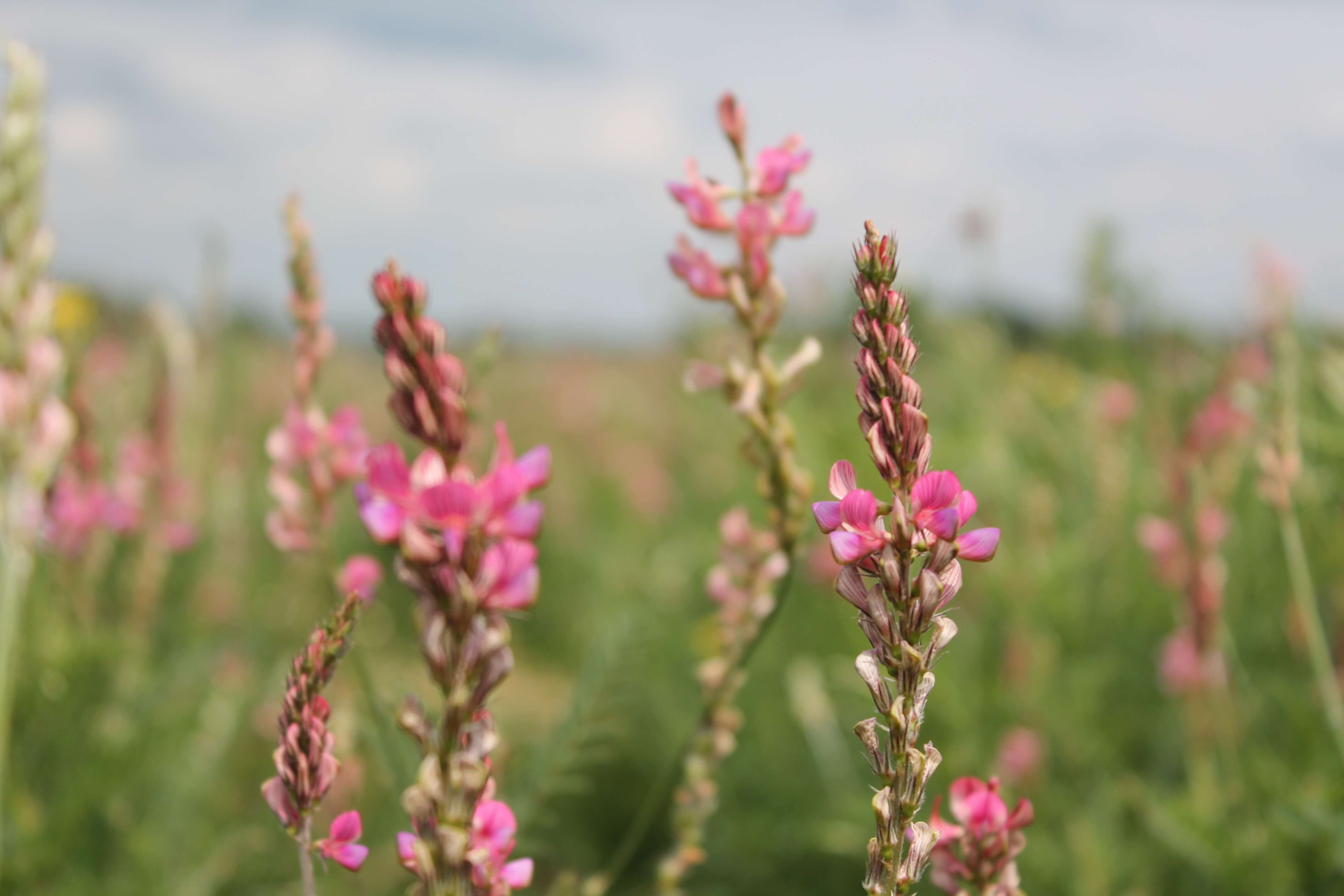 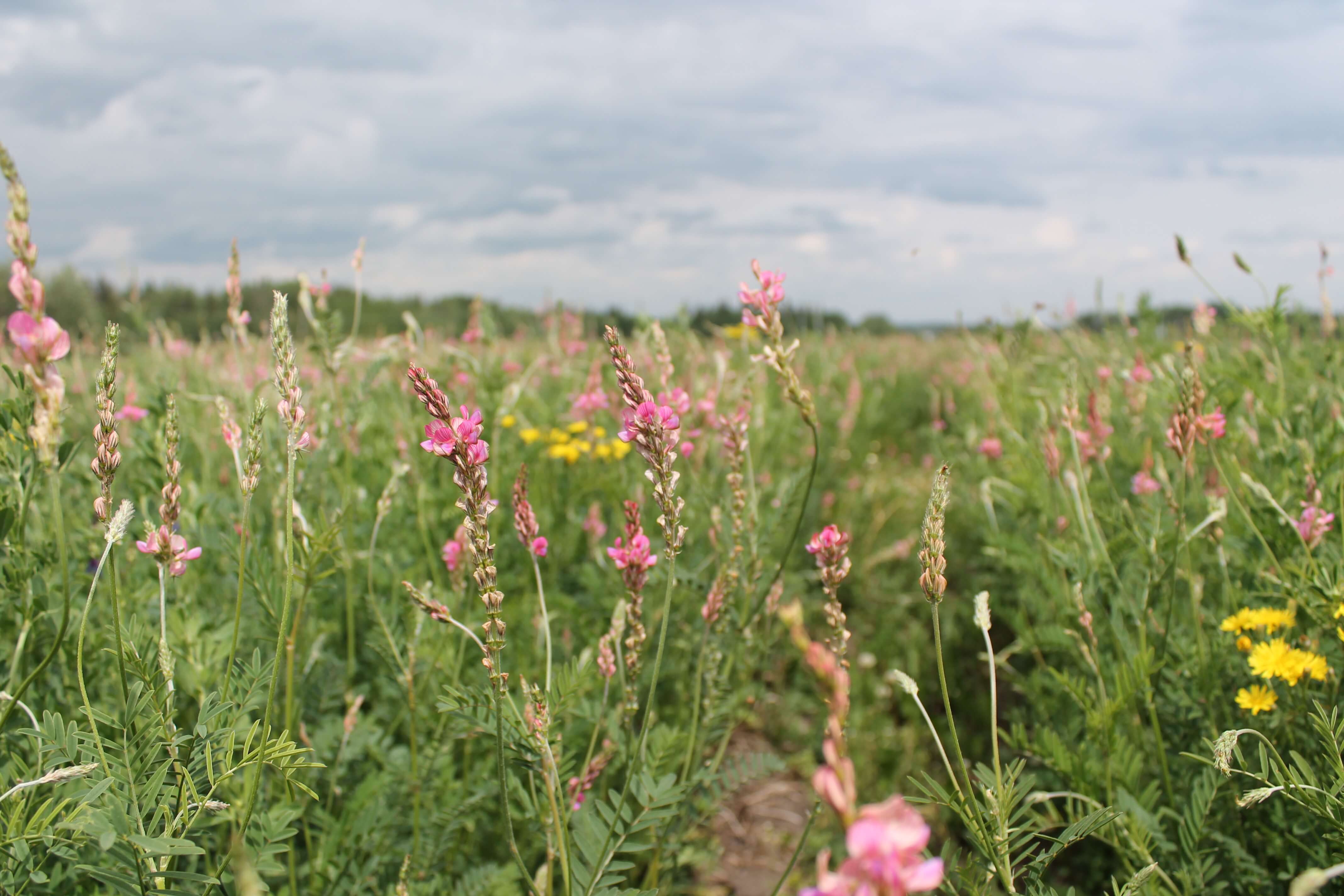 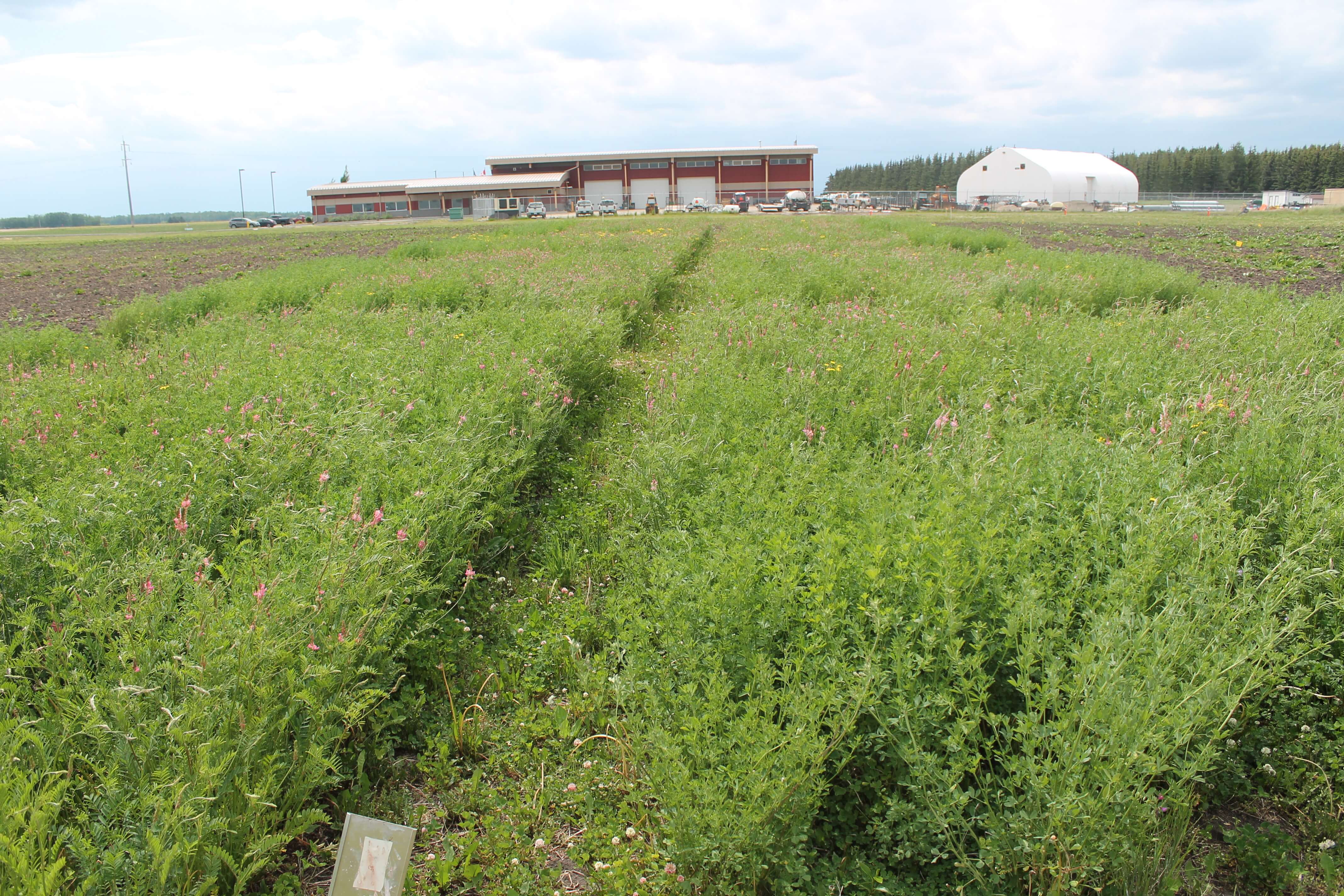 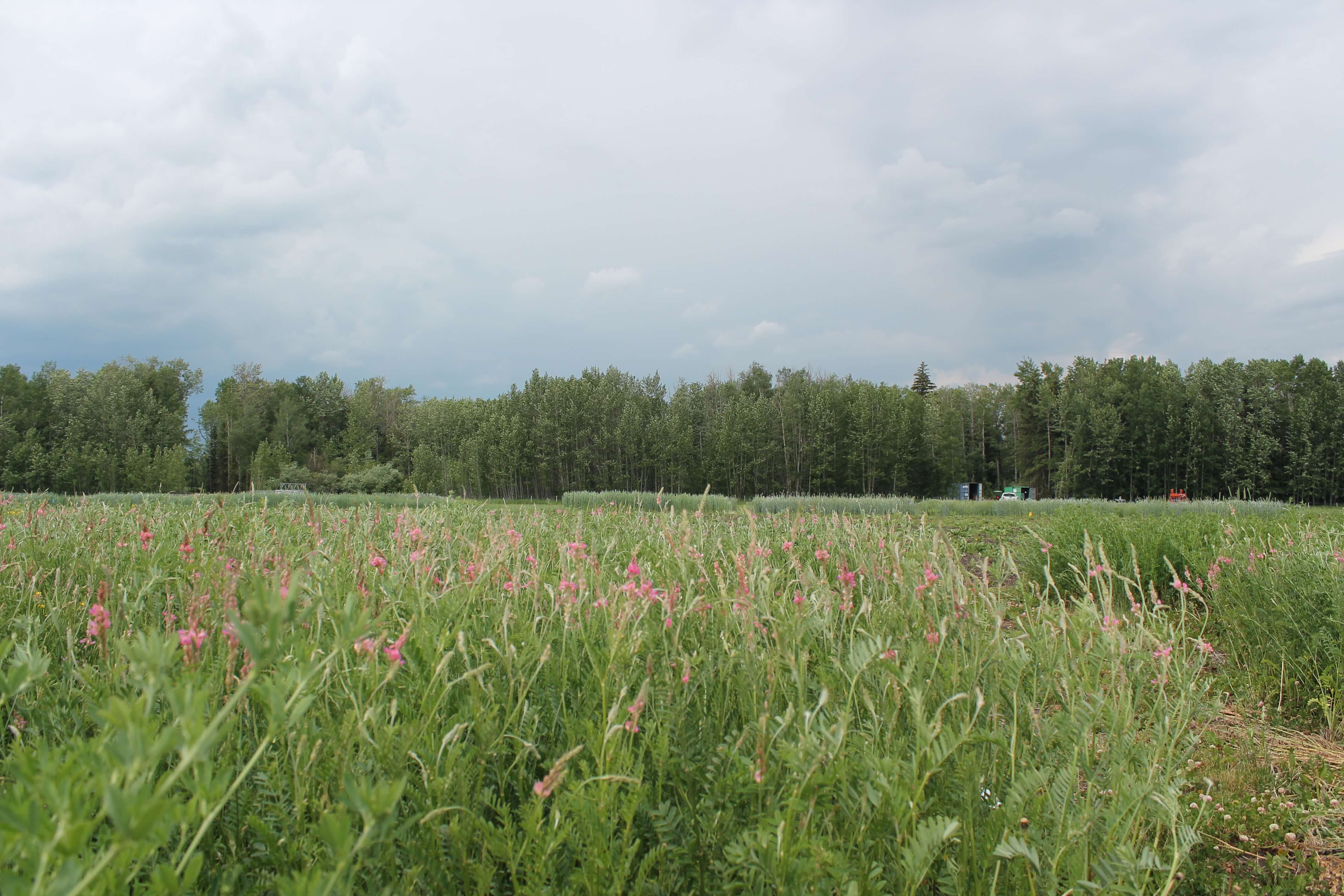 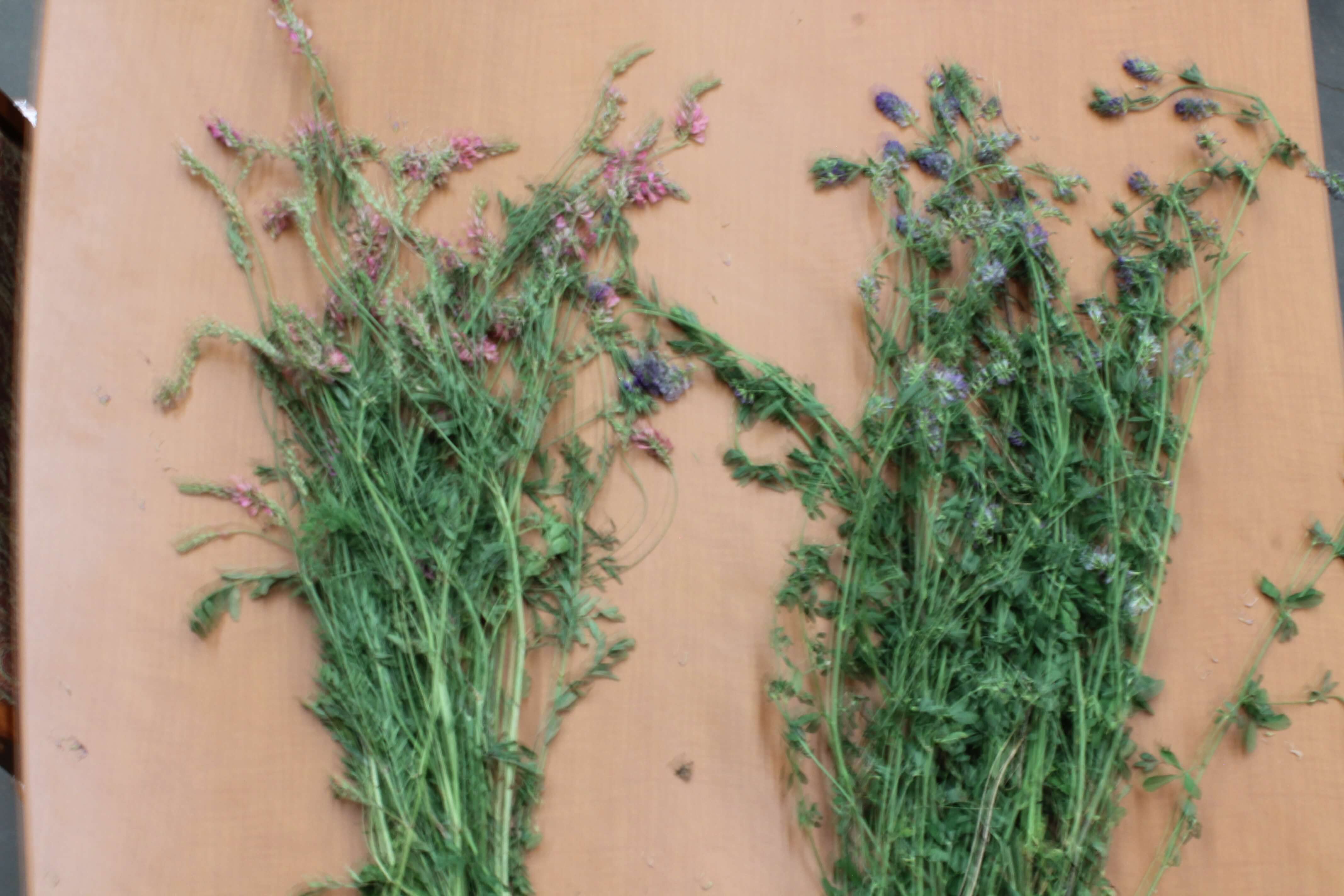 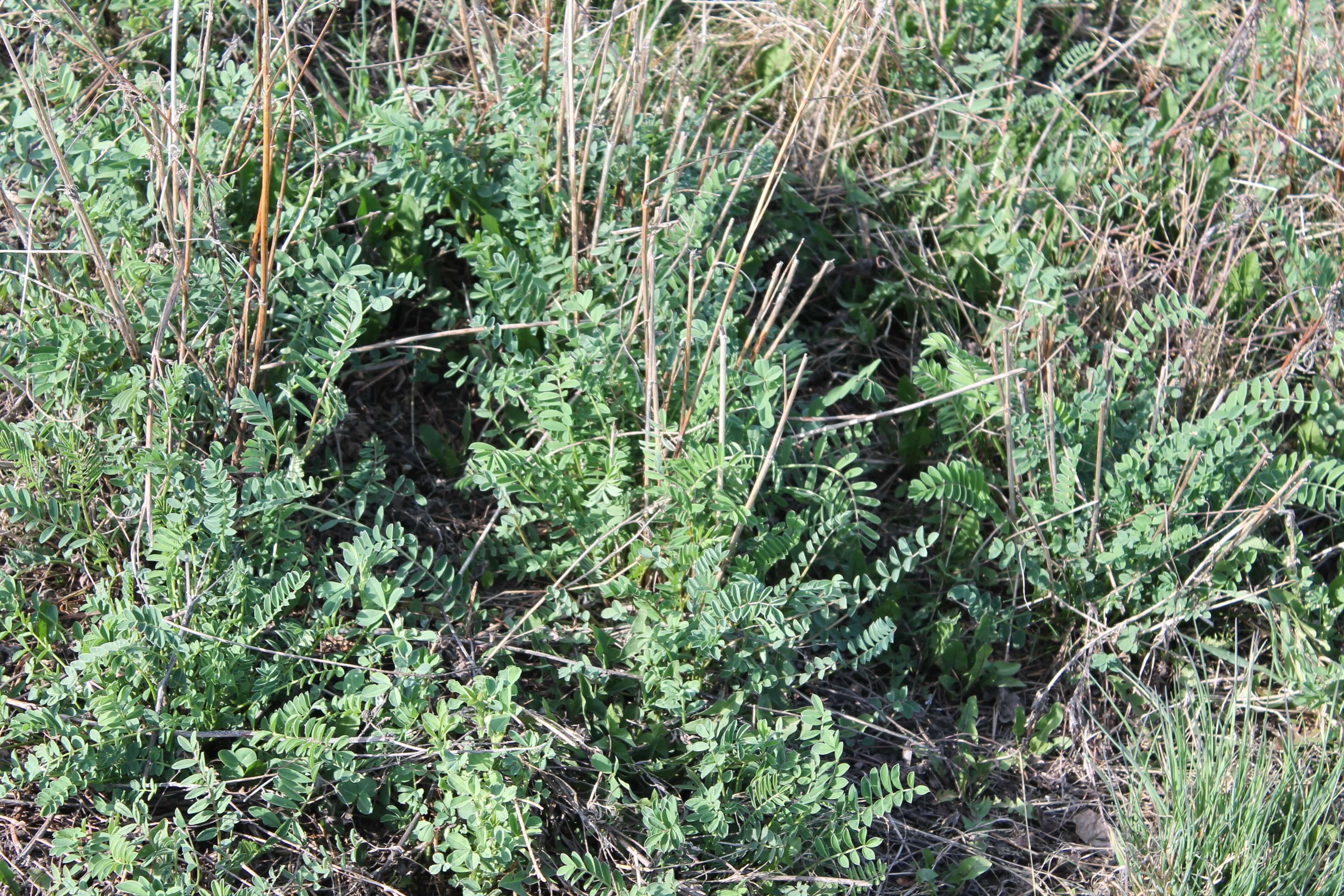 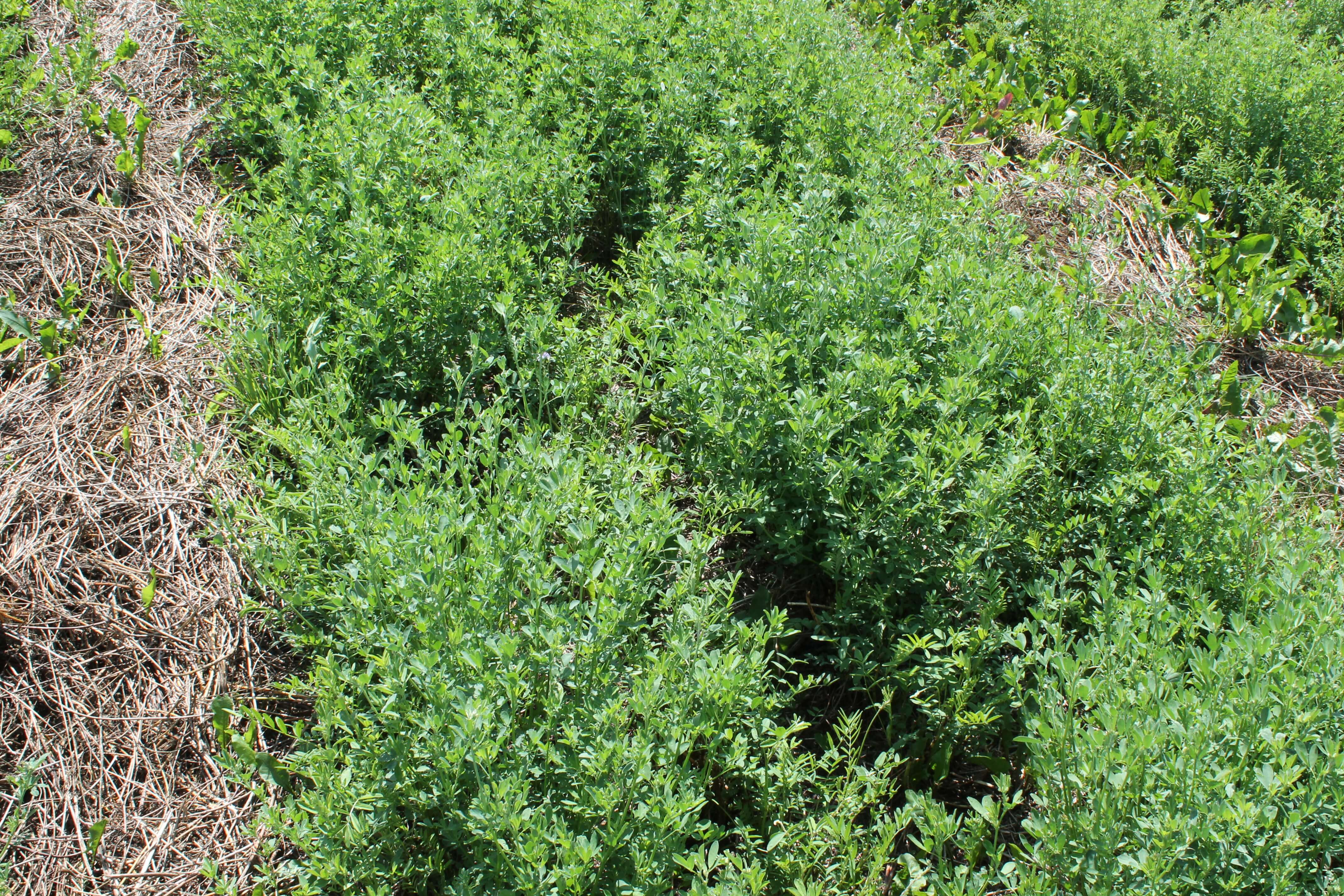